A Pembrokeshire-based company that takes thrill-seekers exploring along the west Wales coastline has scooped the Tourism Achievement Award for the second year running at the South Wales Chamber of Commerce Business Awards 2014, run in association with the University of South Wales.

Celtic Quest Coasteering was awarded the prize for its continued excellence in the tourism industry in Wales, consistently holding a 5* rating on Trip Advisor.

Coasteering involves exploring a stretch of coastline by scrambling across rocks, cliff jumping and swimming across bays. Based in Haverfordwest, Celtic Quest Coasteering employs eight people and, following a bumper summer in 2013, increased profits by over 59 percent. 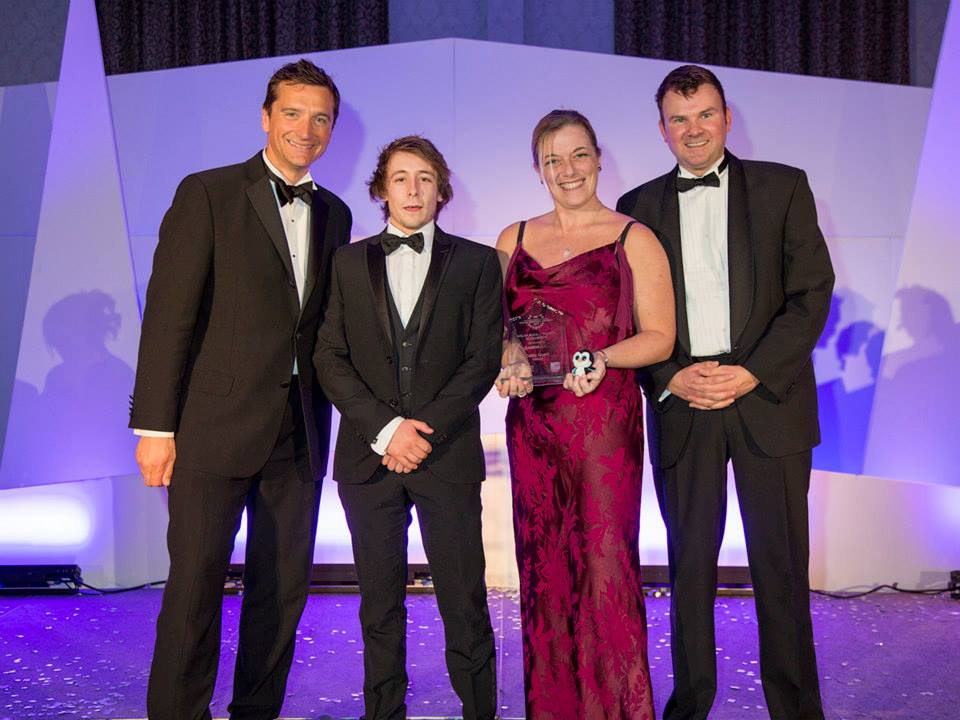 On picking up the award, Cleopatra Browne, managing director of Celtic Quest Coasteering, said: “We are absolutely delighted to have won the Tourism Achievement Award at the South Wales Chamber of Commerce Awards for the second year in a row.

“We are a small organisation but, by utilising the beautiful Pembrokeshire coastline and a local workforce, we have been able to develop a product that attracts people from far and wide.

“Having been chosen as the overall winner of winners at last year’s awards, we know the kudos that comes with being an award winner and have no doubt that it has helped attract new clients and secure additional bookings.

“As we prepare to expand the business further during 2014, this second award is sure to further enhance the business’ reputation. We’ll be working closely with local accommodation providers to offer a full weekend adventure package incorporating coasteering and a second adventure activity. We are also joining forces with a number of other attractions across Pembrokeshire to boost the county’s reputation as a first-class holiday destination.”

Graham Morgan, director of the South Wales Chamber of Commerce, said: “All of the winners, including Celtic Quest Coasteering, have performed excellently over the last year in what has been an improving, but still difficult period, for businesses. The standard of entries was, again, extremely high this year, so businesses walking away with an award should be very proud of their success.

“They have all demonstrated that it is still possible to achieve excellence in business despite the challenges of recent years, and their example should help to further strengthen returning confidence in the marketplace in Wales.

“I would like to thank the Faculty of Business and Society at the University of South Wales for supporting this event for another year and everyone who has worked hard to make these awards possible.”

Now in their twelfth year, the South Wales Chamber of Commerce Business Awards reflect the efforts of businesses and individuals throughout the whole of 2013.

The awards took place at The Vale Resort on Thursday 27 February and were presented by Graham Bell, the former Olympic skier turned TV presenter, adventurer and journalist.

All winners will now be encouraged to submit entries to the British Chamber of Commerce Awards in spring this year. Welsh businesses have traditionally performed well against UK-wide competition and a number have successfully secured a share of the prize money which has been as much as £50,000. In 2012, research by Paul Jones from the University of South Wales showed that having the Chamber brand alongside a business creates additional opportunities for that business.