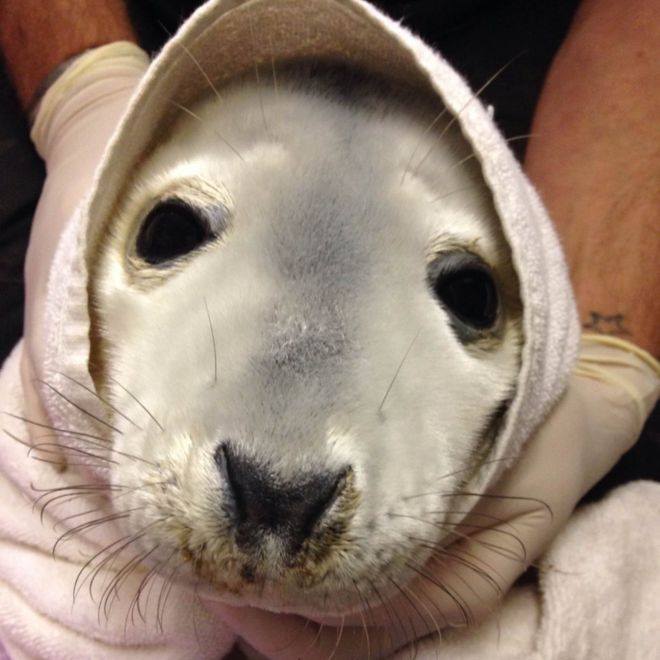 It’s a sad fact, mother nature can be harsh. Living and working on the Pembrokeshire coast we get to share our office with some incredible marine life. Sadly we also see the destructive nature of the beast. Often coming across stranded and injured seal pups.

A volunteer who saves stranded seals reckons he has faced his busiest ever year of rescues due to high tides and stormy weather.

Terry Leadbetter, 71, the co-ordinator for Welsh Marine Life Rescue, has rescued 61 seals around the Pembrokeshire coast this year so far, whereas in an average year he sees only 25-35.

Welsh Marine Life Rescue is staffed by Terry and his friend John, while his wife Ann prepares food and medicates the seals brought in to the small facility at their home in Liddeston.

They are able to keep seals at their home for more than a week, while waiting for a space to be available at one of the RSPCA’s nearest rescue centres in Cheshire or Somerset.

Terry has been rescuing seals for 30 years, and believes Pembrokeshire needs its own dedicated rescue centre which could care for injured or stranded seals within the county.

“There is going to be a limited amount of time I can carry on doing it. If I go then it is all gone,” he warned.

Pupping season for seals is between late summer and the end of winter each year with its peak in October.

Young seals are vulnerable to becoming stranded as they have not yet learned to swim as well as their adult relatives.

Anyone who spots a stranded seal in Pembrokeshire should not try to handle it themselves and should contact Welsh Marine Life Rescue on 01646 692943 or 07970285086.