Now that was a AWESOME adventure!!

The Celtic Quest Coasteering team joined over 500 people to celebrate some of the best businesses in Welsh Tourism at the National Tourism Awards Wales 2013.

The award ceremony and dinner took place at Venue Cymru in Llandudno, what a wicked location. It was great to see so many organisations of all sizes and from all over the country. An amazing atmosphere, nervous excitement but most of all fun.

Hosted by Radio 1 DJ Aled Haydn Jones, the presentations kicked off with the various accommodation awards for Best Places to Stay in Wales. All the winners are listed below, but a big congratulations to St Brides Spa, fellow Pembrokeshire Tourism member, who are officially the Best Place to Stay – Hotel.

We were over the moon to have been shortlisted for a National Award and pretty soon our wait was over, Aled introduced the finalists for the Best Visitor Experience in Wales. Up against some pretty stiff competition from Cardiff City FC and Zip World we were stunned when they announced the winner…..it was us!!

But that’s not all….we were buzzing but we couldn’t relax just yet, we were also finalists for the Technology in Tourism Award. As Aled worked his way through the other category finalists and winners, the excitement of table 9 was almost palpable.

shortlisted as a finalist alongside Your Tourism Ltd and Celtic Manor Resort, it was a surprise and huge compliment when Richard Turner CCO at Eysys (category sponsor) announced Celtic Quest Coasteering as the winner! 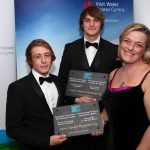 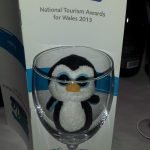 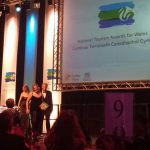 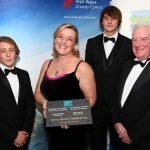 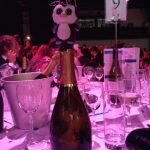 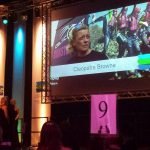 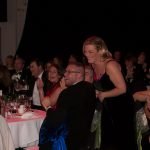 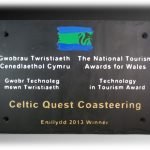 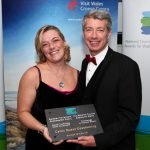 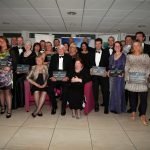 Edwina Hart, Minister for Economy, Science and Transport, said:
“Congratulations to all the winners at this year’s National Tourism Awards for Wales. They represent everything that is great about Welsh tourism – passion, commitment, creativity and drive. It’s an outstanding achievement, especially given the calibre of entries and finalists that we had this year. It’s because of businesses like these that tourism is thriving in Wales. We are delighted that we could celebrate their achievements and reward their best practice at the awards.”