We often meet seal pups while exploring the Pembrokeshire coast, but this little pup wanted to go walkabout! Thanks to ITV.com for sharing this fantastic story.

‘Seals are not usually known for their hiking credentials – but this young pup has been on quite a mission. The exhausted pup was found half a mile from Abereiddy beach in Pembrokeshire.’ 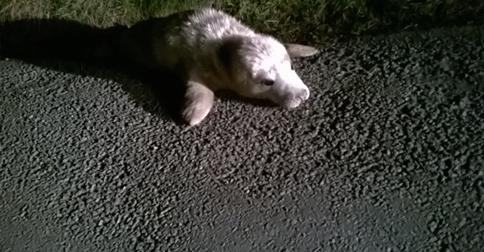 ‘Animal collection officer Ellie West said Jelly, who is only a week old, had been on quite a tiring adventure and was found at 4am on Tuesday. The pup is now at a RSPCA’s wildlife centre for rehabilitation until its ready to be released back into the wild.’ 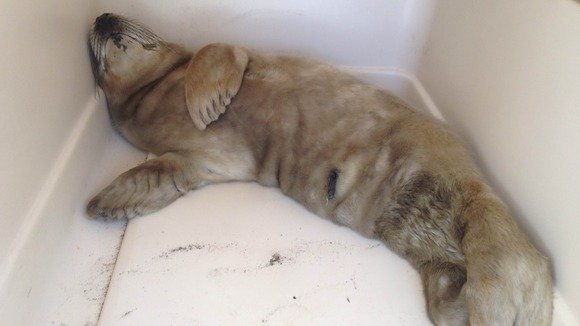 “Members of the public renting a holiday cottage next to the beach woke up at 3am to a crying noise and found the seal at the back of the cottage. They tried to go back to bed, but continued to worry about its welfare and went out again but the seal wasn’t there. They went looking for her and found her underneath a car half a mile up the road heading towards St David’s. Jelly was quite skinny and underweight. She had been on quite an adventure trying to find mum, but she had strayed some distance from the coast. All she did was sleep when I got to her.” – Animal collection officer Ellie West