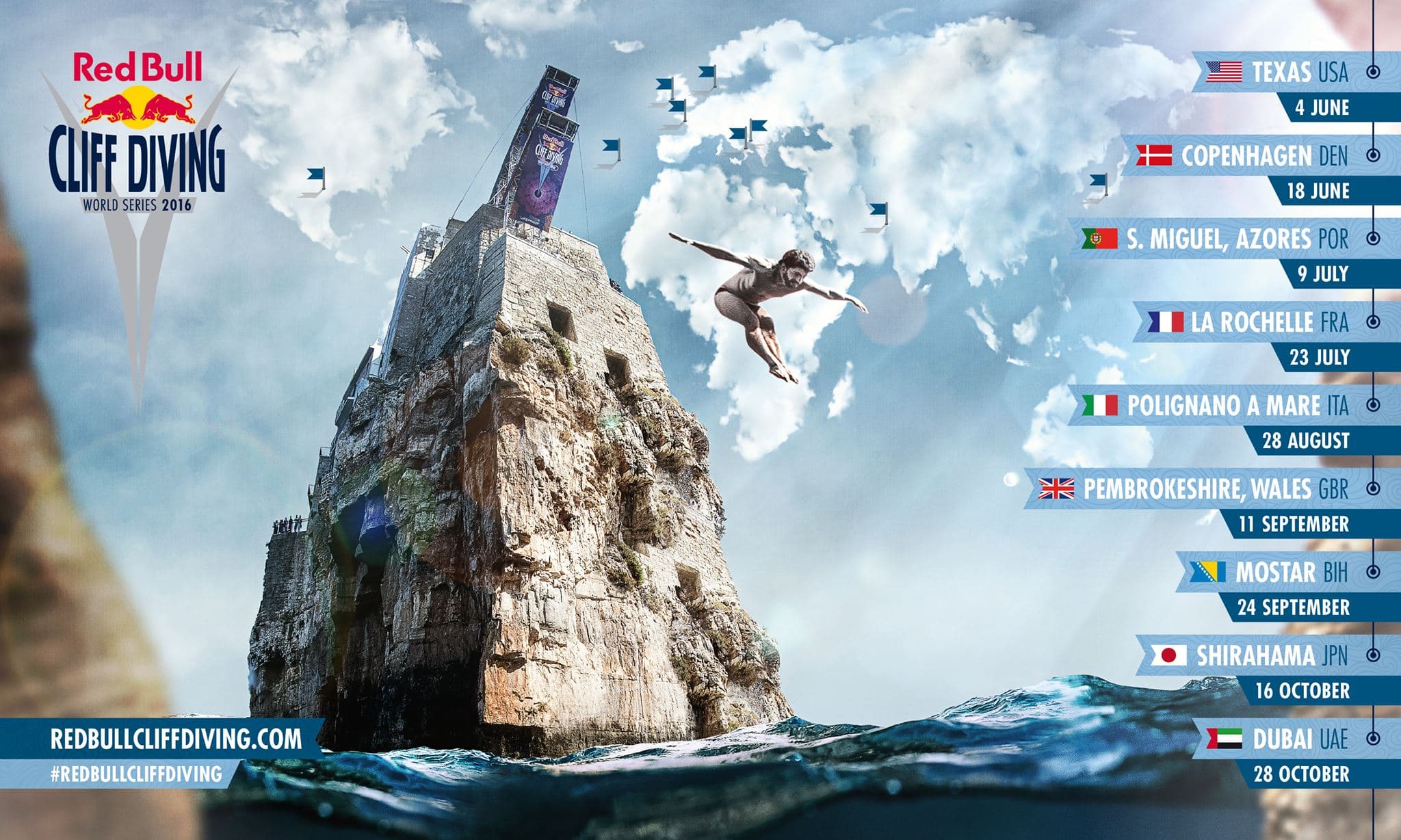 They wowed crowds of spectators back in 2012 and 2013 with spectacular displays of their cliff diving bravery. Red Bull Cliff Diving World Series will be returning to Pembrokeshire Wales on 10th September 2016.

We're super excited to see the addition of female divers to this years line-up. With two British athletes in the 14 men and 8 female-strong divers line-up, among them five-time overall winner Gary Hunt and former Olympian Blake Aldridge. Can the british lads bring home the win?

The Red Bull Cliff Diving World Series returned to the UK in September 2013 to the picturesque location of the Blue Lagoon in Pembrokeshire, south west Wales.

With three English divers, the United Kingdom was the most-represented nation within the World Series in 2013 and Leeds' Matt Cowen, who was awarded a last-minute wildcard entry for this stop last season, before making it into the permanent divers' list via qualification, iedrt, together with four-time World Series champion Gary Hunt and former Olympic diver Blake Aldridge, to claim a podium in front of a home crowd at the sixth stop on the 2013 calendar of the Red Bull Cliff Diving World Series.

Where can I get tickets?
Tickets went on sale on Wednesday 13th July both on redbullcliffdiving.com and in selected local shops, including the National Trust Shop in St Davids.
When is it?

Saturday, September 10th 2016:
Saturday ticket holders will be able to watch the first round of action. Each diver will complete a practice dive followed by a scored dive. Their score will rank them for the head-to-head dives which will be held on Sunday.

Sunday, September 11th 2016:
Sunday ticket holders will watch the finals. Divers complete two head-to-head dives. The seven winners from the head-to-head rounds, and one lucky loser, go through to the final. There's also new for 2016 the womens competition.

Where is it being held?
Blue Lagoon in Abereiddy Bay Pembrokeshire, Wales UK
Can I float in the lagoon?
YES!!
2012 &2013 saw a variety of swimmers taking to the water.
2016 Cliff Diving competition spectating you'll need a watercraft ticket. Access to the lagoon by sea is via the channel. Boats (on trailers) can easily be launched out of Porthgain harbour
Where can I park?
Parking for the Red Bull Cliff Diving Wales event will be up at Ynys Barry Farm. Abereiddy carpark itself is not used for the event as it is not big enough to accommodate many cars. 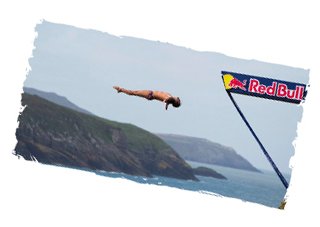 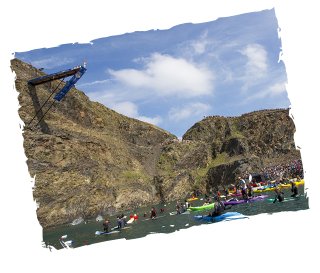 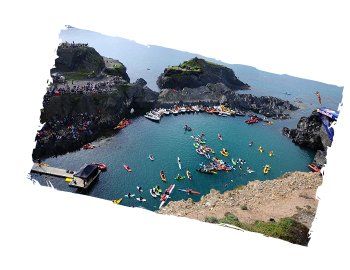 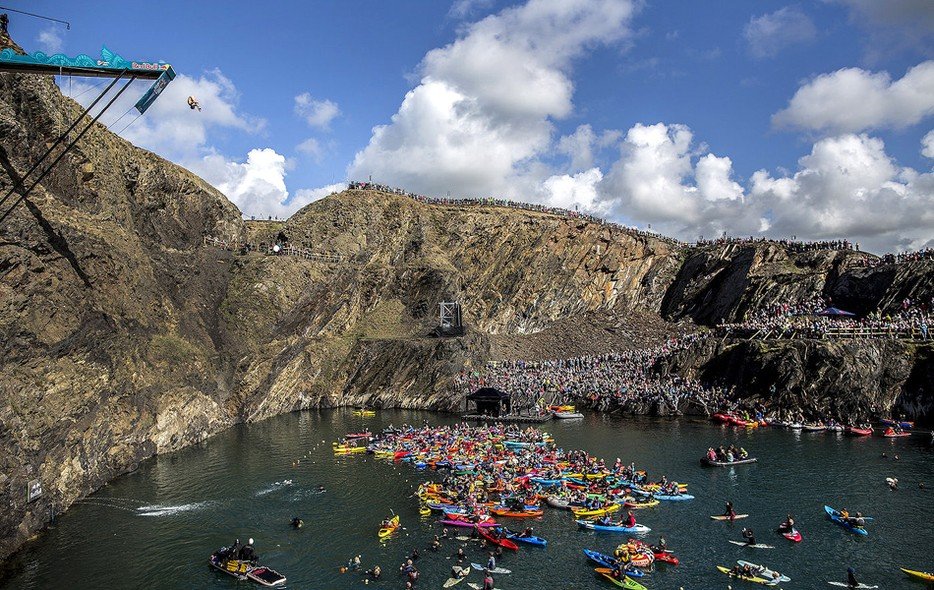